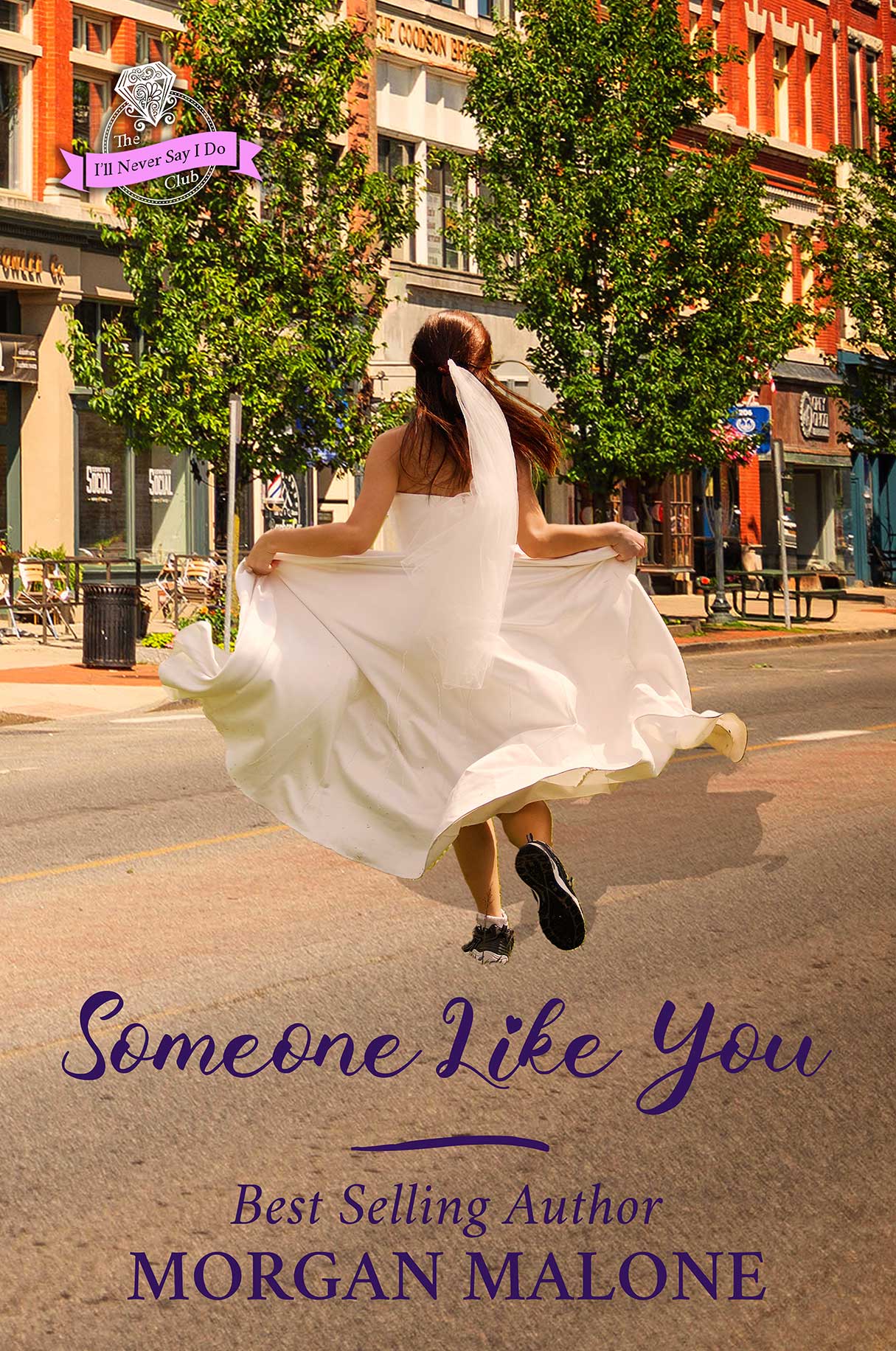 “I dare you, I double, triple dare you, to go online for six months and really look at the guys who are out there just waiting to fall in love with the awesome women you are! I bet you that you will all be head over heels and be engaged by the end of the year!”.

Seri, Jessica, Emily and Olivia made a vow in college never to marry: men couldn’t be trusted, men would break your heart, men lied and cheated, men would hold you back. So the four members formed The “I’ll Never Say I Do” Club and pursued advanced degrees, dedicated themselves to their careers and now they’re the best in their fields. Rich, successful and alone. Then their leader, Seri, meets and falls in love with a man she met online. At her Maine wedding, she issues a challenge to her three bridesmaids: Three months to meet a man they want to marry. The consolation prize if they fail: a New Year’s trip to Hawaii. What have they got to lose?

Love ‘em and leave ‘em had always been Jess’s motto. No way was anyone going to get inside her heart and hurt her. Again. Dr. Jessica Mizrahi, clinical psychologist, had the perfect life. A rewarding career, a gorgeous apartment in the middle of Saratoga Springs, best friends nearby… what did she need a man for, except a quick fling, a short-term affair, all sizzle and seduction, until she walked away. On the night of Seri’s wedding, Jess falls into a hot and heavy quickie with a tall, dark, handsome chef. Jess heads home the next day. Satisfied. But he’s in her head. Then, he’s in her hometown, opening the hot new restaurant right next door. She can’t seem to avoid him. And she doesn’t want to, drawn to the warmth in his flashing eyes, the humor lurking behind his cocky smirks and the memories of their brief but blistering time together. He’s more than he seemed and is becoming more than she can handle.

Stavros Kolias is the hottest chef in Manhattan. For ten years, he’s clawed his way up to the top, earning three Michelin stars for his restaurant, Stavropol. But, even Michelin can’t fill the need that’s been building inside him. Chasing his dream of intimate bistros in resort towns along the East Coast brings him to Maine in early summer. A spitfire dressed as a bridesmaid seduces him. Word for word and move for move, she matches him and they end up in the hottest tryst he’s ever experienced. Then she’s gone. Imagine his surprise when she literally knocks him down right in front of Yaya’s, his new restaurant in Saratoga Springs. How is he going to get her out of his mind when she lives right next door? He’s vowed never to let a woman into his heart again, but he can’t stop thinking of her. And he’s got a restaurant to open in two weeks! He’ll keep it loose and lusty, no strings. Then he’ll move on. But, can he?

Jess has vowed never to love any man and Steve refuses to trust any woman. But, the sparks that were ignited in Maine, are burning hot and bright in Saratoga and they can’t resist the heat. As they are pulled closer and closer together, hope begins to burn. Doubts and fears from their pasts may be too much for them to overcome. Instead of walking away, will one of them be able to take the first step toward happy ever after?